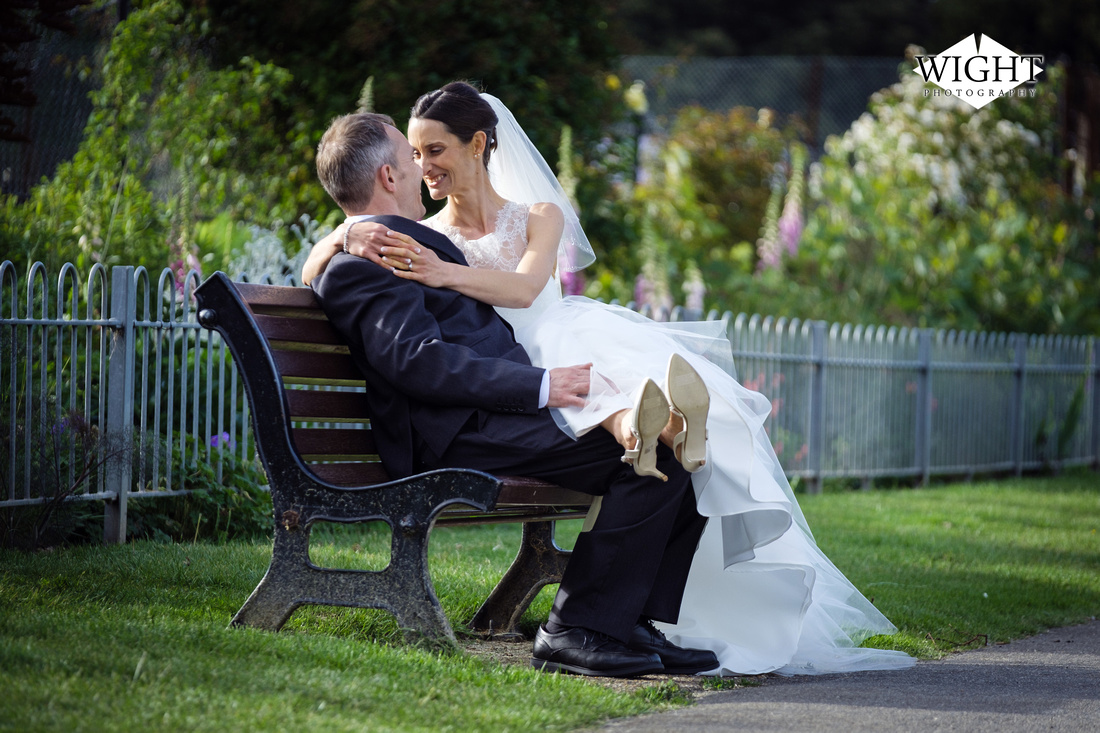 Kelly & Kevin were married at Northwood House, lots of sun and a strong wind but still a beautiful day.  I started at Kellys home then it was all at Northwood, the ceramony room is stunning and set the scene for the rest of the day.  Later on in the afternoon we had a walk about for a few snaps where I used my new 10-24mm wide lens for the first time, quite pleased with the look of the images from it.

How did you guys meet, tell me all?

It’s an embarrassing story – perhaps best left off the blog?

I was in an unhappy relationship with another guy.  Kevin was friends with said guy.  I once, genuinely innocently, offered Kevin dating advice………which led to further conversations via text and the eventual realisation that we were right for each other.  I broke up with said guy and Kevin and I formed a relationship shortly after.

How did you get engaged, is there a cool story?

Kevin proposed at Land’s End in Cornwall during a week off the Island.  He walked around with the ring in his pocket the whole day but never found the ‘right’ moment to make the proposal.  He eventually managed to ask the question sat in the car park before the drive back to the hotel!

What made you choose your wedding venue, did you look at many?

When Kevin suggested we should set a date, I said I would book several venues to look around.  We knew a Church wedding wasn’t for us and so I searched through the lists of civil venues on the Island.

Northwood House stood out and so I booked to visit here first.  Unfortunately, due to work commitments Kevin was unable to come to the initial appointment.  During that first meeting with Darren Cool, Events Manager, it was quite clear that his approach to weddings was exactly in-line with what Kevin and I had envisioned – very relaxed, laid-back, informal.  There didn’t seem any point in visiting any other places and so we booked.

What was the inspiration/theme of your wedding?

It was important to us that our wedding was as relaxed as possible and that the day had an informal feel to it.  We are not an extravagant couple and wanted our wedding to reflect the importance of getting married.

Our tables will be decorated with jam jars filled with flowers, some of which come from my parents’ garden.  Our wedding breakfast is a high tea, where all of the vintage crockery has been sourced online or from charity shops, mainly by my mum.

Kevin’s mum has made personalised bunting, button brooches for the bridesmaids, a ring pillow and other keepsakes for the maid of honor and myself.  Other personalised items have been made by myself and Kevin.

There’s not a formal theme as such.  Pinterest was used to get ideas for the colour scheme (aubergine and silver) and the clothing worn by the bridal party reflect this.

The aim has not been to spend money just for the sake of it I guess.  It’s important to us that we get to spend the day with our family and closest friends and just enjoy it.

What is your first song and why?

Our first song is ‘I Won’t Give Up’ by Jason Mraz.

I sat for hours and listened to dozens of popular first dance songs.  The lyrics of this one just fitted right.

What would be your number one tip to other couples planning their wedding?